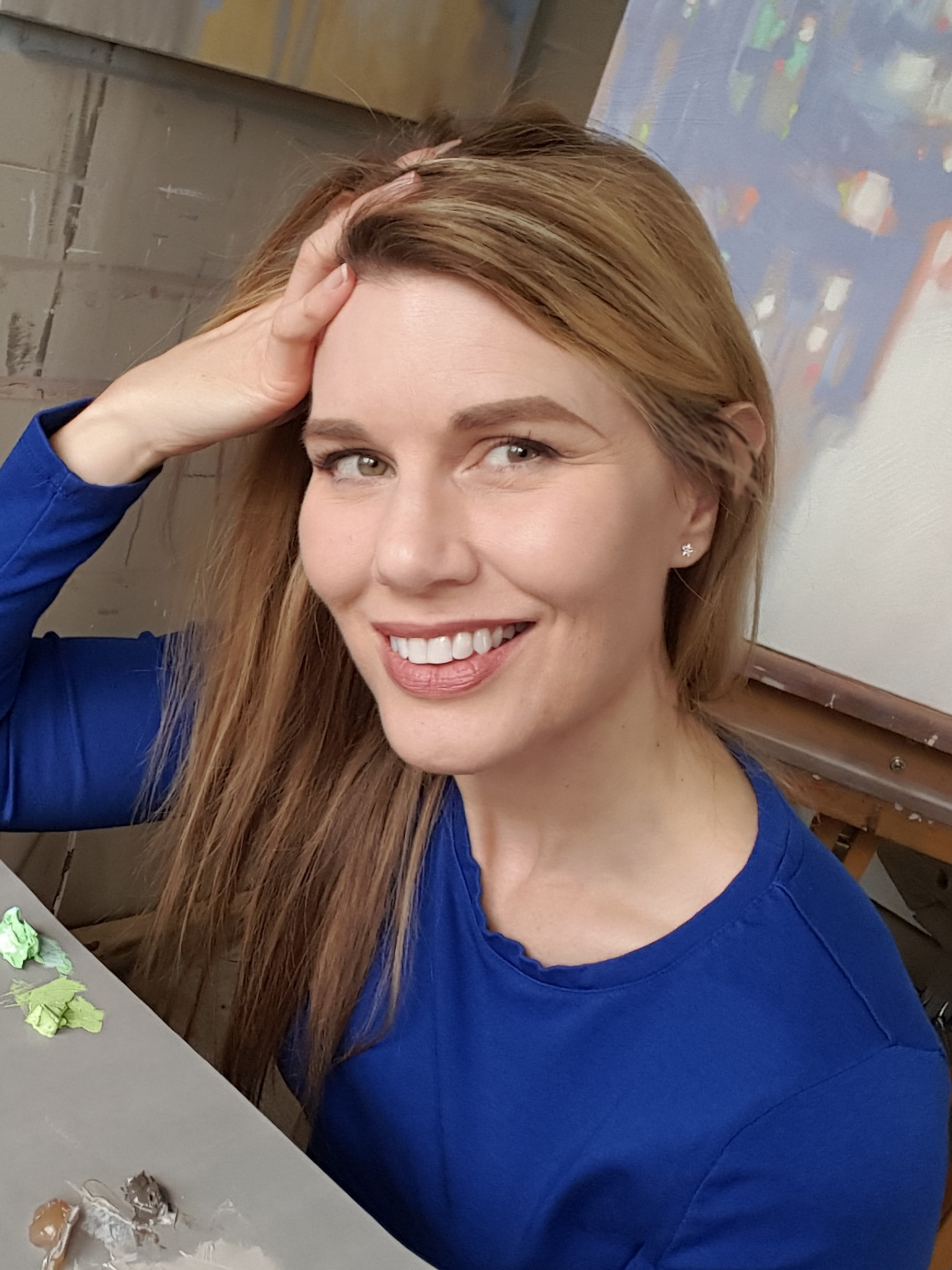 Hi, I'm Natalie.  I have ALWAYS lived in North Carolina, and I love it!  At Guilford College, I earned a BA degree in Visual Arts with a concentration in Painting.  During a rather surreal semester studying abroad in Italy, we lived on the grounds of a medieval castle surrounded by steep vineyards.  It's true.  The castle was based in the Tyrol region in the Alps, and I enjoyed the artistic history and culture of nearby cities and villages, absorbing the beauty of traditional European painting and sculpture.  Travelling, hiking and cross-country skiing weren't bad either!

I left with a powerful fondness for Botticelli, Van Eyck, and the superrealists of the 1500s.  Later, I became aware of the Classical Realism movement in the United States, and I was particularly inspired by a portrait I saw of Duke University's Reynolds Price, painted by Will Wilson, a master realist in San Francisco.  I have been delighted to have the opportunity to study with some gifted and accomplished realists, including Jeffrey Mims and Scott Burdick.

While I treasure and respect realistic painting, I have also been drawn towards more abstract work.  I love the natural landscape, especially water, and I have enjoyed discovering how my imagination can be more abstractly expressed in the reflections of lakes and pools.  Instead of copying, I feel I am creating, free to interpret and imagine.  What results is, as a friend said, "a place you would like to visit, but that doesn't exist."

I have been blessed with positive reception to all styles of my work, and I have paintings in private collections in many states, as well as in corporate settings.  I have participated in several national juried art shows, won some prizes, and bought a whole lot of art supplies. If my paintbrush had an odometer, I would let you know how many miles it has painted.  In over 20 years, it has been pretty far!  But I'm still learning.  Even Michelangelo admitted to that.